Unión Deportiva San Sebastián de los Reyes was founded in 1971 and spent the first 15 years of so kicking around in the local leagues of Madrid. Their breakthrough came in 1985 when they won promotion to the Tercera and two years later, thanks the expansion of Segunda B, a seventh place finish in the Tercera was good enough to win promotion to the third tier. That first season in Segunda B was a tight affair, but Sanse's total of 35 points secured them thirteenth place. The 1988-89 season saw the club gain a higher total of 43 points, yet still find themselves relegated. 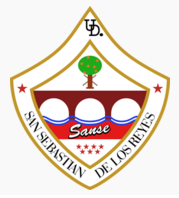 Sanse then spent the next four seasons back in the Tercera, however a fourth place finish in the 1992-93 season saw the club return to Segunda B via the play-offs. A last day win over Caudal secured top place in the play-off group and promotion. This time the stay lasted three seasons and in 1994-95 the club finished in sixth position. The following year was not a success and they returned to the Tercera after finishing in seventeenth place. Two seasons later and another fourth place finish in the Tercera saw Sanse enter the play-offs. This time they topped a group that featured Ponferradina, Universidad de Oviedo and Compostela B.
Their first season back in Segunda ended with a fourteenth place finish, and then in the 1999-00 season, Sanse equalled their best ever position with another sixth place finish. Some of this and the 2000-01 season was played at the Polideportio Dehesa, as their old Estadio Matapiñonera stadium was demolished when an industrial park was built to the west of the town. The new development did however include a new stadium and this was opened on 2 January 2001. The new ground did not bring with it any immediate upturn in fortune and the club was relegated back to the Tercera in June 2001.
Back in the Tercera, Sanse won the  first of two successive Tercera titles in season from 2001-02, but fell over in the play-offs. A year later with the second title under its belt, the club dominated their play-off group winning five of the six matches and finishing ahead of Deportivo La Coruna B, Sporting Gijon B and Guijuelo.
For once, Sanse stuck around in Segunda B and in 2006-07 finished sixth, equalling their highest ever placing. Relegation followed in 2007-08 in what was a dismal season, ending up in nineteenth place and scoring only 23 goals in 38 matches. There followed a downturn in form as life back in the Tercera proved difficult, with the club finishing in thirteenth position in 2009 and in 2010. Sanse's form returned in 2010-11 and after finishing the regular season in fourth place, they reached the final phase of the play-offs where they faced CD Tudelano. A narrow 2-1 win at home set up a tense second leg in Navarra, but an early goal settled Sanse's nerves and earned them a 3-1 aggregate win.
Estadio Nuevo Matapiñonera is essentially a one stand stadium. When it was built in 2001, it did appear very open and barren, but the development of retail stores to the east, housing to the north and a training ground to the south has given the arena an enclosed feel. With limited space for hard standing, the baulk of the capacity is housed in the raised main stand. It is not dissimilar to Alcorcon's main stand, but the use of red seats in the central portion sets a nice contrast to the stark white of practically everything else. The central portion also houses a press/media box whilst access to the seating is gained through four vomitories at the front of the stand. Each end of the stand has office/utility space which receives light through circular windows adjacent to the seating. All very bright and simple, which is ideal for a team of this size. 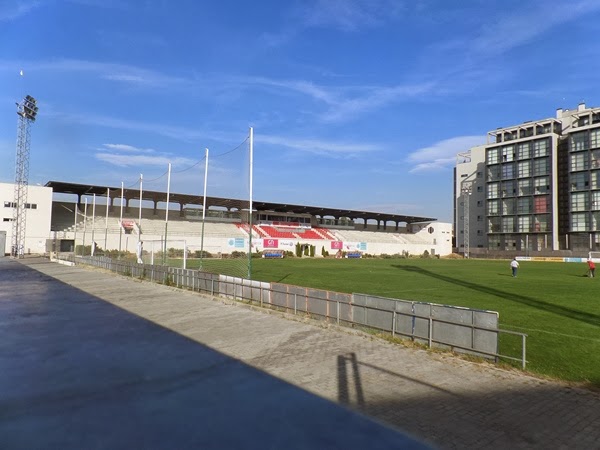 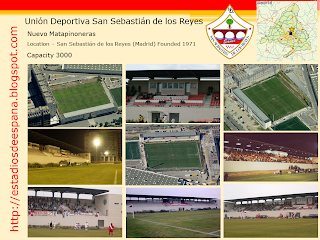