Agrupación Deportiva Alcorcón has undergone an incredible transformation from suburban nobodies to an established team in La Segunda in little over two seasons. Along the way they have famously knocked Real Madrid out of the Copa del Rey, and in June 2012, came within a whisker of reaching the top flight. But apart from this, little is known about the team that hails from Madrid’s commuter belt.
In 1960 the Madrid suburb of Alcorcón has a population of around 2,000, it then witnessed spectacular growth throughout the next decade and by 1970, the town numbered 50,000. On the back of this influx, Juventud Alcorcón was formed. It was a modest youth team, but in the summer of 1971 the club started the process of transforming to a federated senior club. Over the next 30 years AD Alcorcón played their football in the Madrid Regional league and Group 7 of the Tercera, achieving some decent finishes in the Tercera in the 1980's, but never promotion to Segunda B. This was achieved however in 2000, when a third place finish in the league and victory over C.D. Lealtad, La Bañeza and U.D. Xove de Lago in the play-offs earned promotion to the third level.
The club took a little time to find its footing, avoiding relegation via the play-offs in 2001-02 thanks to victory over Gimnastica Torrelavega. The final positions improved throughout the decade and an appearance in the promotion play-offs to La Segunda was their reward for a third place finish in 2008-09. After beating UE Sant Andreu & Alcoyano, AD Alcorcón lost out to Real Union in the final. A year later and six months after their famous victory over Real Madrid, the club won Group II of Segunda B and turned over Pontevedra & Ontinyent in the play-offs to earn a place in La Segunda. Alcorcón was a revelation in their first season at this level, with steady home form earning them a final placing of ninth.
The club has played at the Municipal Santo Domingo since it joined the senior ranks 1971. It was rebuilt in 1999 and the layout remains essentially unchanged. The main feature is a raised cantilevered stand that runs down the west side of the stadium, which features six rows of seats above the club's changing facilities. During the summer of 2010, the municipality spent €3m on increasing the capacity and improving the infrastructure of the stadium. New yellow seats were installed throughout the stadium, and the open seating at either end has been extended by the addition of three rows at the rear. A full length temporary extension was also added to the east side of the ground. However, even with these extensions, Santo Domingo has the smallest capacity in La Segunda of 5,400.
The 2011-12 season saw Alcorcón go from strength to strength, and despite one of the smallest budgets in La Segunda, the club finished the regular season in fourth place, qualifying for the end of season play-offs. Here they saw off Hercules, before losing to Real Valladolid in the final. Time will tell if the current squad of players is good enough to reach La Primera, but in the meantime Alcorcón has ambitions off the pitch as well.
Plans were approved for redevelopment of the stadium that would take the capacity to 12,000, but a change in leadership at local government level and re-prioritising of the municipal funds, mean that any rebuilding has been indefinitely shelved. Should the Alcorcón fairy-tale reach the next chapter and they play in the first division, the club will have options. Ground sharing is a possibility, as is the addition of more temporary seating behind the southern goal and the eastern side. A third option may be the redevelopment of the athletics stadium that stands adjacent to the Santo Domingo. 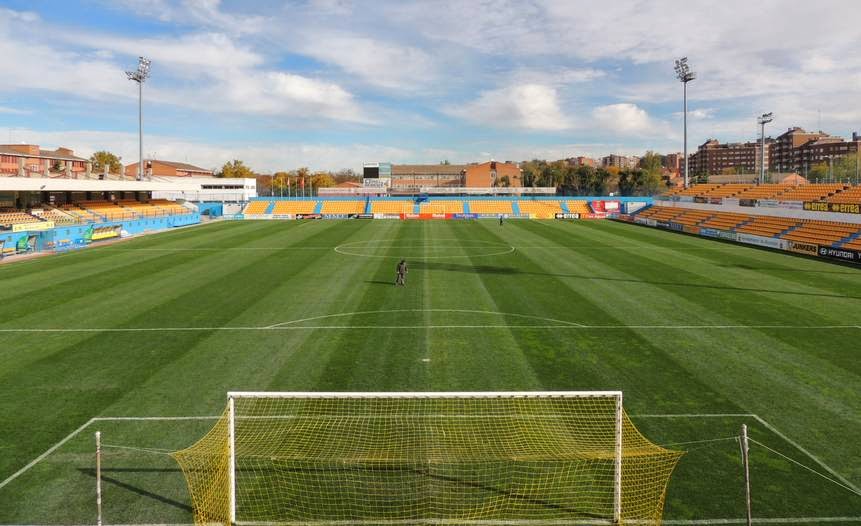 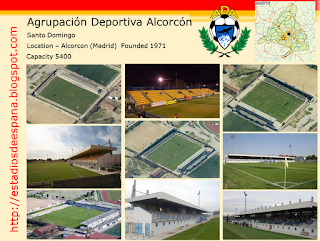