Halfway between Sevilla and Cordoba lies the small town of Ecija, with its distinctive architecture and eleven church towers glistening in the sun. So hot is the summer temperature in Écija, that it is known as "La sartenilla de Andalucia" or the frying pan of Andalucia. The local team Écija Balompié, has never reached such fiery temperatures, in fact they have only really cooked on gas in the mid 1990's when they reached the second division for two seasons.
Écija Balompié was founded relatively recently in 1968, after the original Écija Balompié folded in 1957 and its successor, Club Recreativo Ecijano bit the dust in 1965. At least Club Recreativo had the chance to play at the Estadio San Pablo, which was opened in 1962. The ground has not changed a great deal in the past 50 years. The cover on the west side dates from the opening, but was temporarily extended for the two seasons in La Segunda. The ground capacity was increased to 10,000 with the addition of temporary seating, when Real Madrid paid a visit in the Copa del Rey in the 2006-07 season. Now, with all the part-time adornments removed, San Pablo has a capacity of 4,500. Here's a video of San Pablo from August 2007.

﻿﻿﻿Écija Balompié spent the first twenty years or so kicking around the regional leagues before winning promotion to the Tercera in 1987. It took a further five seasons to reach Segunda B where they made steady progress, finishing third in the 94-95 season. In a tough & tight play-off group featuring Numancia, Pontevedra & Levante, all four clubs could still win promotion going into the final set of fixtures. Écija's 1-1 draw at San Pablo with Levante was enough to secure top spot. Unsurprisingly, life in La Segunda was tough for such a small club, but home form was decent and crucial away wins, including a 1-2 victory at eventual champions Hercules, saw Écija finish in thirteenth position, three points clear of relegation. The 96-97 season was tougher still and without the resources to compete, Écija finished bottom of the league, fourteen points from safety.
Écija then settled for a steady run in Segunda B, clocking up 17 consecutive seasons at this level. They rarely troubled either end of the table in all those years, but finally fell back to the Tercera for the first time in over two decades in 2014. It seems that Écija Balompie are going to require more than the Andalucian sun to get some heat back into their game. 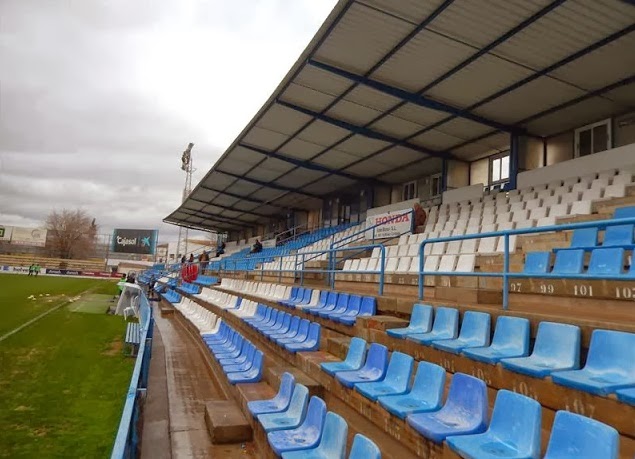 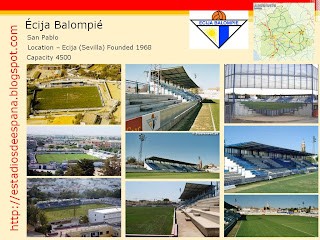