If there is a more idyllic location to watch football in Spain than Coruxo FC's O Vao ground, then I've yet to encounter it. Admittedly, it can be a bit bracing when a Force 9 blows in off the Atlantic in November, but with the sun shining during the later months of the season, O Vao looks a picture.
Corujo, or Coruxo in Gallego, is an outer suburb of Vigo, famed for its beach and in recent years its football club. For much of its history, Coruxo FC has played in the regional leagues of Galicia, but there were spells in the 1960's & 80's where they hung around in the Tercera for a several seasons. Promoted back into the Tercera in 2002, the club made decent progress reaching the play-offs in 2004-05, 06-07 & 07-08, but failing to progress to Segunda B. Then in 2009-10, Coruxo finished fourth in the league and disposed of Parla, Oyonesa and La Roda to earn a place in Segunda B. That first season in the third tier was successfully navigated thanks to excellent form up to the new year. However, four victories in the second half of the season saw the club finish in fourteenth place, just a point clear of the relegation play-offs.
O Vao is around 100 metres south of Corujo's main beach and has been the club's home since 1991. It's main feature is a covered seated stand that runs from the south west corner of the enclosure to just past the halfway line. Two banks of temporary seats have been installed on the north side of the ground, either side of a box-like bar-come-stand, whilst at either end of the ground is a thin strip of hard standing.
Coruxo has done well to maintain their Segunda B status in a continually tough Group I, thanks to some gritty late season displays. However, you know that if it gets ugly on the pitch, O Vao will still look beautiful. 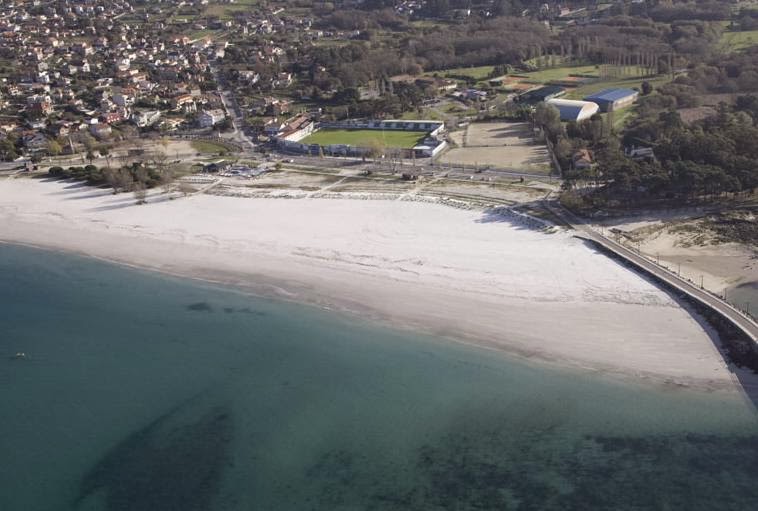 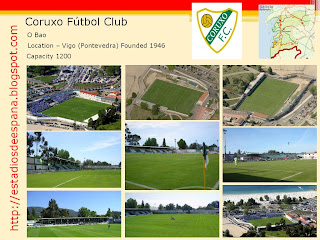