Twelve miles south west of is , the shoe making capital of and from time to time the local team, Elche Club de Fútbol has stepped out on to the national stage. The club was founded on 10 January 1923 following the merger of three teams, La Sportiva, Gimnástica FC and Illice FC. They spent the first three years using a variety of local grounds, starting out at the self explanatory Campo del Cementerio, before using Illice FC's Campo El Clot and the Campo de Don Jeremías. Then, on 17 October 1926 they played Levante FC in the first match at a purpose built stadium in the northern suburb of Altabix.

For the first 30 years of its existence, the Campo de Futbol Altabix suited Elche CF perfectly. It had three sides of pitch hugging terraces, whilst the fourth southern end tapered-off as it headed east and was home to a small tower behind the goal which housed basic facilities for the press. There was no cover, not even for the directors, but as the club spent much of its formative years in the Tercera, this wasn’t a problem. Elche CF had some early success when it spent 5 seasons either side of the Civil War in La Segunda, but by 1943 it was back in the Tercera. Despite winning or finishing runners-up in the Tercera on no less than 9 of the next 15 seasons, they only managed to navigate the play-offs once, in 1948-49, only to return to the Tercera a season later. However, things were starting to stir in as the town and the club were about to get bigger.
At the start of the fifties, had a population of just over 50,000, but by 1970, the town would more than double in size to 125,000, thanks to immigration brought about by the rapid expansion of the shoe industry. A big cog (clog?) in the shoe industry was Manuel Martinez Valero who joined the club as a director in the late 1950’s. With the help of his money, the club jumped from the Tercera to La Primera in two seasons, debuting in the top flight in 1959. Here is some footage of the stadium in 1959. There followed a decade of top flight football, a golden period for the club that saw alterations the the ramshackle Altabix.
The club purchased 49% of the shares of the privately owned stadium and set about improving the ground. Additional terracing was added in 1960 and a year later, floodlights and small cover for the directors were added. Even then it was the smallest and probably the most uncomfortable ground in the top division. It was also the most expensive. The shares and the renovations came at a price so spectators had to pay their way, but Altabix was full to its 18,000 capacity for most of its matches over the next decade. Throughout the 1960’s achieved mid-table finishes, with a high of fifth in 1963-64. The highlight however came at the end of the decade, when they reached the final of the Copa del Rey, losing 0-1 to Athletic Bilbao at the Estadio Santiago Bernabéu.﻿
Ever the wily businessman, Manuel Martinez Valero set about purchasing the remaining 51% of the shares of the ground. Since becoming President of the club in 1962, he realised that the club could not grow any bigger whilst playing at Altabix and had grand designs on building a Ciudad Deportiva or . The sale of the land where Altabix stood would finance the building of the new stadium, but first of all  needed to buy a plot of land. In the end they settled on a patch to the east of the city, but their problems were only just beginning.
You can read about the trials and tribulations of the new stadium build here, but needless to say time was up at Altabix and Elche played their last league match at the stadium on 16 May 1976, when Athletic Bilbao was defeated 3-1. The win secured the club’s top flight status and midfielder Felix had the honour of scoring the last competitive goal at at the old ground. Here is some fantastic footage of that last game, which conveys the the cramped and somewhat dilapidated state of the old stadium. Altabix staged its last game on 18 August 1978, when Os Belenenses paid a visit in a pre-season friendly. Demolition work finally got underway on 14 September 1981 and here is some footage of the old media tower toppling over. Throughout this period, the municipality was not particularly helpful towards  plans to finance the building of the new stadium, as they only allowed half of the site to be developed. Even today, only half of the site of the old Campo de Altabix has been developed, the remainder is a park which bears the name of the old stadium. 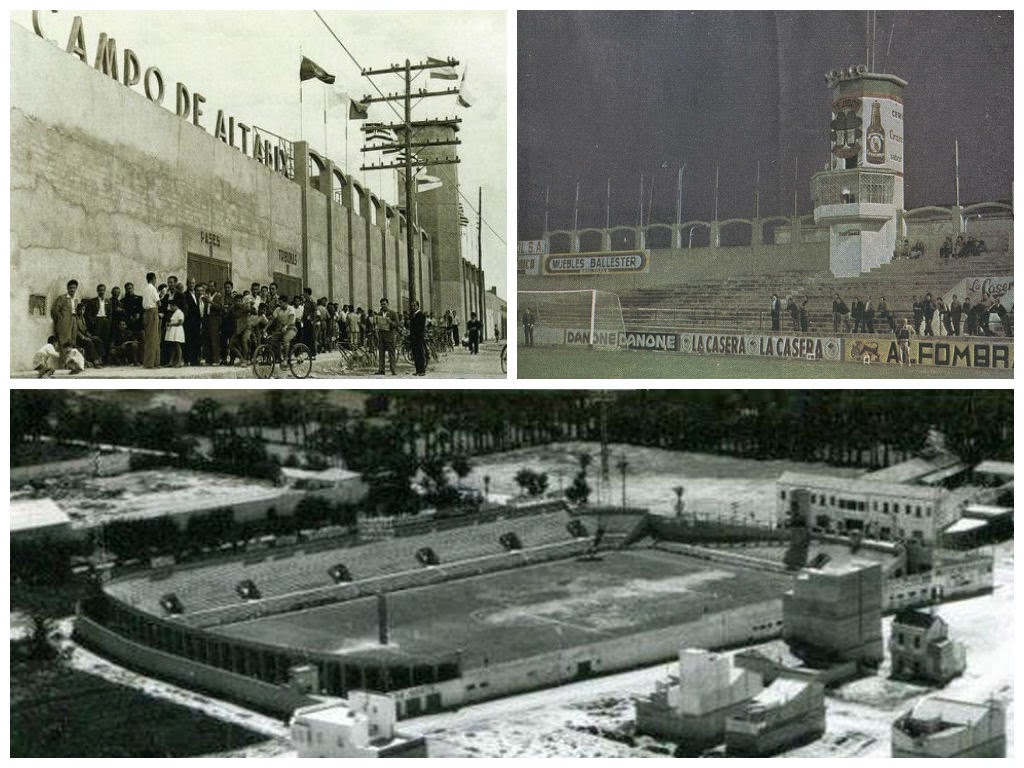 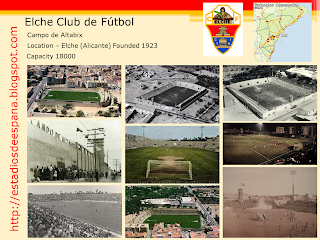