The Estadio Romano is the second largest stadium in Extremadura with a capacity of 15,000, which is not a bad size for a city with a population of 58,000. The stadium was used in September 2009, when the Spanish national side beat Estonia 3-0 in a qualifier for the 2010 World Cup. It is strikingly similar to the Estadio Francisco de la Hera which lies just 20 miles down the road in Almendralejo. Both are confined by streets that run parallel to narrow main stands, which in turn means that the majority of the seating is behind the goals. The comparisons don’t end there. Both CP Mérida and CF Extremadura lived the dream, but ultimately paid the price. However, few have witnessed as rapid a rise and fall as the club from Spain's Roman city.
. 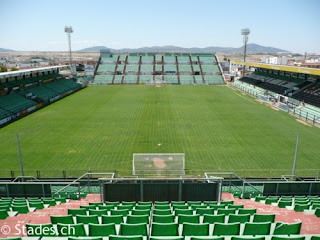 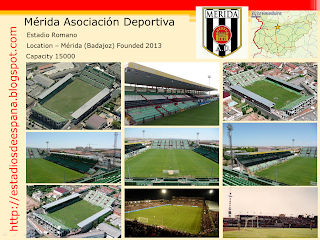