Good news everybody! Jamie McGregor is back with another article looking at the grounds of Asturias. Jamie is responsible for the English version of UC Ceares website. You can follow Jamie on Twitter - @jamiewmcgregor

After a 15 year absence, Club Deportivo Lealtad returned to Segunda B in May 2014, thanks to a fourth Tercera title and victory over CD Puertollano in the play-offs. Located in the town of a Villaviciosa, CD Lealtad (Spanish for Loyalty) has spent most of its 98 year history in the lower categories of Spanish football. Their biggest success came until recently, came in the 1997/98 season, when under the stewardship of Marcelino García Toral (current Villarreal coach), the club gained promotion to Segunda B. Their stay in the third tier lasted just the one season, after they finished bottom with 9 wins and 36 points. Perhaps the most noticeable thing about Lealtad is their striking black and white strip which is reminiscent of Brazilian side Vasco da Gama.
Lealtad play their home matches at the Campo Municipal de Las Callejas, a basic ground with a capacity of 3,000 on the northern edge of town. Las Callejas has only one small seated stand on the southern side of the pitch. 30 metres in length, its green cantilevered roof hangs over four rows of bench seating. The remaining three sides of the stadium are made up of hard standing. Like any decent ground at this level, Las Callejas has a bar where you can grab a beer while watching the match. While the bar is one of the more recent additions, the dressing rooms for the players and officials, located next door to the bar, are one of the original features of the ground. Las Callejas was crammed-full on 25 May 2014, when Lealtad overcame a first-leg deficit to beat CD Puertollano 4-3 on penalties and claim a place in the third tier. 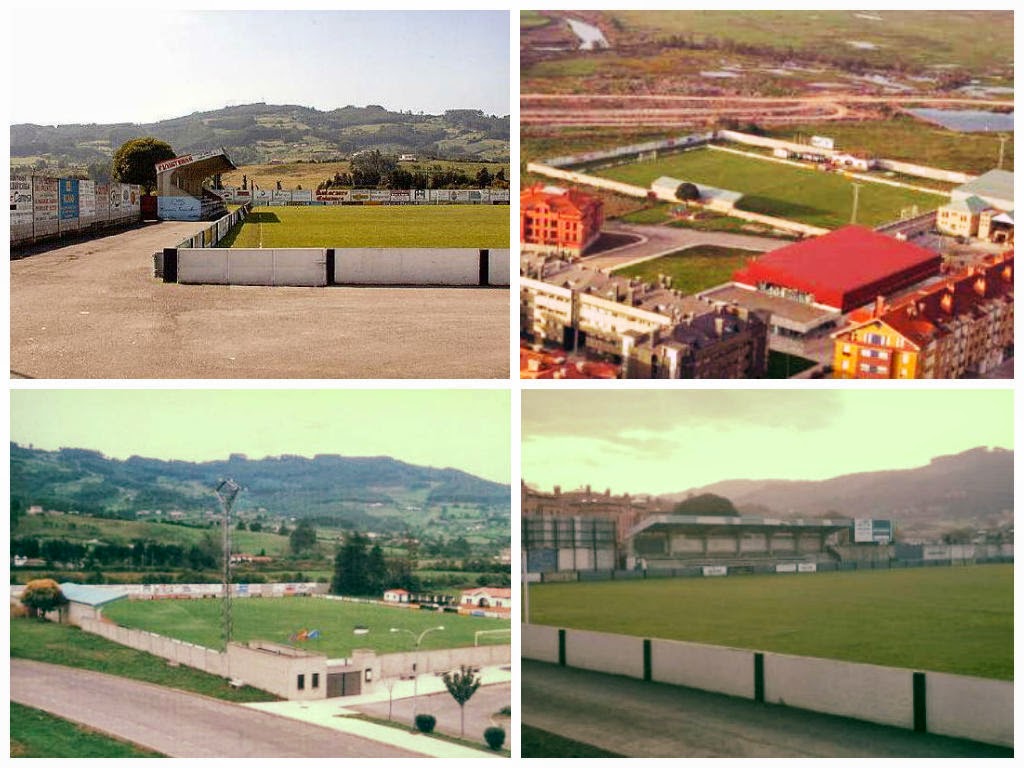 Labels: 2BG1, Asturias, Tercera or Below