Jamie McGregor continues his look at the grounds of Asturias with a visit to the west of region. Jamie is responsible for the English version of UC Ceares website. You can follow Jamie on Twitter - @jamiewmcgregor

After Lealtad, the second team to make into the 2013-14 promotion play offs where Club Deportivo Praviano. Hailing from the town of Pravia, some 30 miles west of Gijón, Praviano has spent all of their 65 year existence in the lower categories of Spanish football. Their golden period came in the 1960's, when having won the Tercera title in 1966, they played Racing Ferrol in a promotion play off for a place in La Segunda. Unfortunately, their Galician rivals had their measure, winning the tie 8-1 on aggregate. Since then, well not a lot to be honest. This year's fourth placed finish is the club's highest finish in the succeeding 48 years.
The club play their home matches at the Estadio Santa Catalina which belongs to the local council and has an official capacity of 3,000. Most of those attending games use the large covered stand along the northern side of the ground. It is mainly a standing terrace although there are some seats in the central section. At the western end of this terrace is the obligatory Tercera Division bar. The opposite side of the pitch also has a small standing terrace, as does the area behind the western goal. The dressing rooms and offices are situated in a separate building behind the same goal. The pitch is natural grass and there are floodlights, however they are not strong enough to be used for official matches and are limited to evening training sessions. Pravia's town crest features six crows, which also features on the club badge, hence Praviano's nickname of the crows. 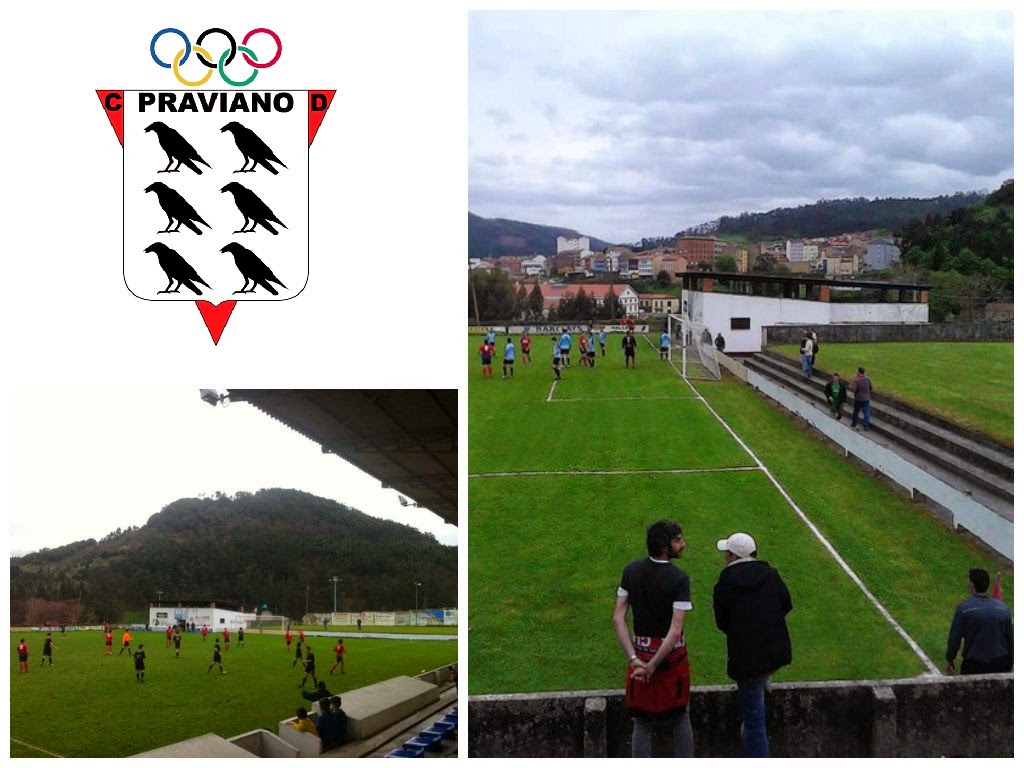