Let’s be frank, the phrase “Top flight football club from Castile-La Mancha” is rarely used. With the notable exception of Albacete Balompié’s forays into La Primera, clubs from this historic region tend spend their time in the lower reaches the Spanish leagues. That’s not to say that there aren’t stories to tell and sights to see, which is certainly the case in Talavera de la Reina, a town of 90,000 inhabitants, some 120 kilometres south west of Madrid.
Senior teams started to emerge from the city in the early 1920’s, the most prominent of which was Club Deportivo Ebora. which was formed in April 1924 and played at the Campo de Santa Clotilde  In 1929, a number of smaller clubs joined forces to create Club Deportivo Talavera, which continued to play until the outbreak of the Civil War.  After the war, CD Ebora remained the city’s senior team, but in 1948 it helped form Club de Fútbol Talavera. The club chose to play matches closer to the centre of town on a pitch named El Prado, which was just to the north of the city’s bullring. This barely enclosed ground had opened in 1944, but with no terracing and basic facilities, CF Talavera soon moved to CD Ebora’s old home of Santa Clotide.
After 15 years at regional level, CF Talavera reached the Tercera for the first time in 1963. It acquitted itself very well, finishing runners-up in 1964-65 and again 1967-68. This saw the team progress to the end of season play-offs for a place in La Segunda, but they fell to SD Eibar in 1965 and Jerez Industrial three years later. Results tailed off and the club spent three seasons back in the Regional Preferente in the early 1970’s. It returned to the Tercera in 1975 and finally earned promotion to Segunda B in 1982. This coincided with a return to a redeveloped El Prado. Two shallow, full length seated stands were built on each side of the pitch, both featuring a narrow cantilevered roof. The stand on the east side of the ground was double-sided, for behind the seats that faced the football pitch, were another set of seats that faced the adjoining tennis courts. An uncovered open terrace was added to the north end of the ground, whilst the southern end was left open.
CF Talavera's debut season in Segunda B saw an impressive sixth place finish, but results tailed off and after four seasons in the third tier, the club was relegated. Two Tercera titles followed, but a place back in Segunda B was not accomplished until the end of the 1992-93 season. There followed the club's most sustained period of success, which saw 15 consecutive seasons in the third tier. The highlights were two appearances in the play-offs for a place in the second division. The first in 1997, saw the club finish a well beaten second to Real Jaén, but a year later it came desperately close to a place in La Segunda. Leading the play-off group going into the final round of matches, it only had to match CF Málaga's result to earn promotion. Whilst Málaga ran up a convincing 4-1 victory, Talavera could only manage a 1-1 draw away at Beasain. CF Talavera never quite reached those heights again, and although they clung onto its Segunda B status for another 10 seasons (thanks on 2 occasions to wins in the relegation play-offs), it was a story of diminishing returns.
Whilst things were slowly deteriorating on the pitch, El Prado was about to witness a significant improvement. In 2004 the local municipality approved the funds that would see the conversion to a 5,000 all seat stadium. This would see the addition of 2 seated stands at either end of the ground. Work started on the Fondo Norte in the summer of 2004 and featured 9 rows of blue & seats under a cantilevered roof. The building of the identical Fondo Sur was delayed and even when the structure was completed in 2007, the stand remained unseated for another year. Both existing stands were re-roofed and access ramps were built in each corner of the enclosure. These are housed in screened-off arcs that link the four structures together. New changing rooms, offices & media facilities were added to a new block at the rear of the main west stand. The result of which is simple, effective and surprisingly stylish.
Regrettably, the re-birth of El Prado coincided with the demise of CF Talavera. After teetering on the edge in the season that saw relegation from Segunda B in 2008, the club plummeted into the abyss in August 2010, folding with debts in excess of €2m. El Prado now has new tenants in the shape of Club de Fútbol Talavera de la Reina, a club formed in 2011 following the merger of Real Talavera and the remnants of CF Talavera. Promotion to the Tercera was achieved in its first season and a second successive promotion was only foiled in the play-offs, when they lost out to Arenas Club de Getxo. 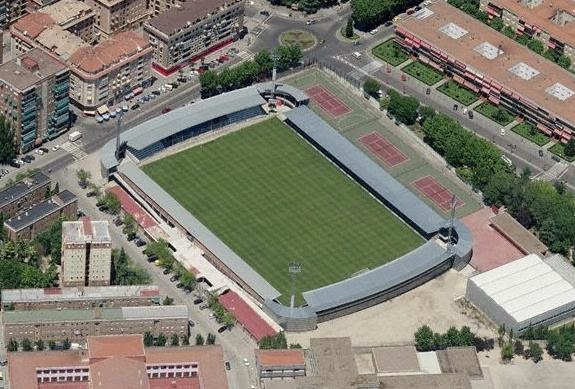 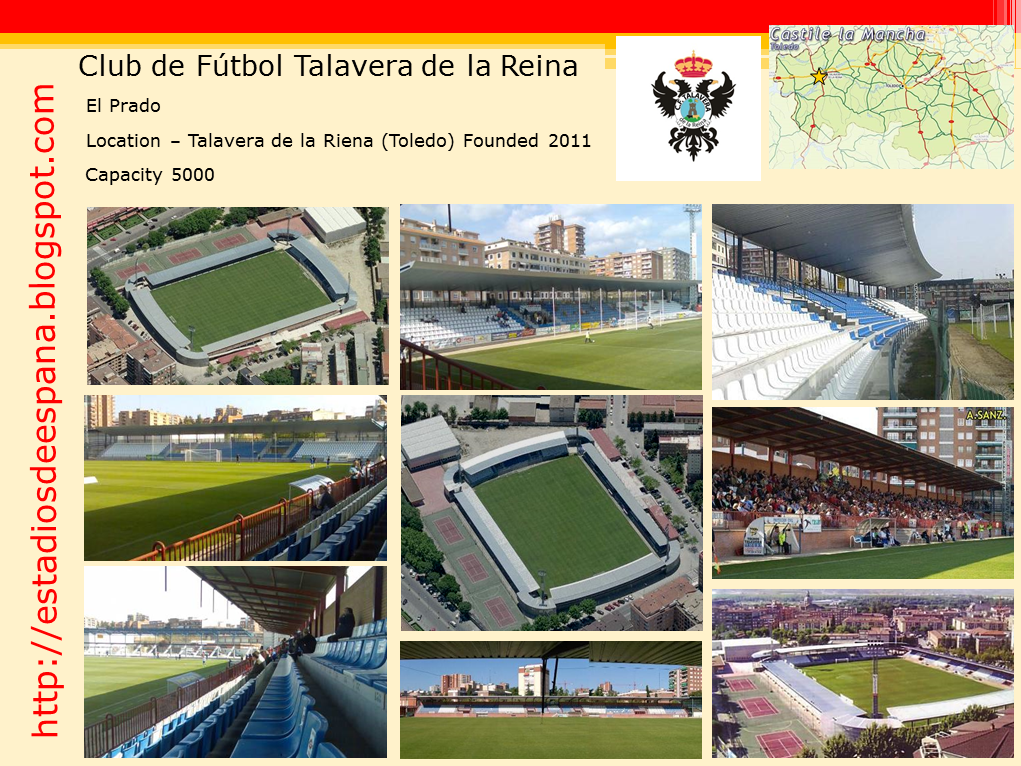