Centro de Deportes El Palo owes a great deal to one Francisco Rosas. You see, back in 1971, he and a group of friends set up the club on a patch of scrub-land in this small seaside town, which stands 4 miles to the east of Málaga. During his watch, the club has been transformed from lower regional league make-weights, to Tercera Group 9 champions who are about to debut in the third tier of Spanish football.
CD El Palo first reached the regional Tercera in 1982, but it was a campaign of slim rewards, with just 4 wins recorded and 15 points claimed. They returned to the Tercera for a two season spell at the end of the eighties, but then dropped back into obscurity for the better part of two decades. The 2009-10 season saw CD El Palo back in the Tercera and an impressive third-place finish saw the club enter the play-offs. Here they faced the Basque side SD Amorebieta, but were beaten 4-2 on aggregate. The home leg of the tie was played at the Campo Julián Torralba in the Málaga suburb of Ciudad Jardin, as  their San Ignacio home featured a dirt pitch outlawed by the RFEF. El Palo returned to play there during the 2010-11 season as their own stadium received an upgrade, which included an all important artificial surface. An impressive run of just 2 defeats in 32 matches saw CD El Palo crowned champions of Group 9 of the Tercera in 2012-13 and then dispose of the reserve side of Deportivo La Coruña to clinch promotion to Segunda B.
The Estadio Nuevo San Ignacio is quite a step up from the old enclosure that occupied the site. That old ground resembled one of those cramped dusty pitches that you see in the favelas of Rio de Janeiro, rather than the swanky Costa del Sol. Terracing was randomly dispersed along the west side, including a set of steps on top of the changing block. Its one saving grace was an ornate entrance at the northern end, which opened up onto a pair of steps behind the goal. Work started on the new stadium in early 2011 and the new build features a covered stand seating 1000 on the east side of the ground. This development also includes the changing, club and media facilities and backs on to a further artificial training pitch. The new stadium was opened on 3 June 2011 and cost the local municipality €2.3m. To mark their debut in Segunda B, an open bank of seating was added to the north end of the enclosure. All of which must make Francisco Rosas a very proud man, as he attends CD El Palo's first match in Segunda B in his capacity of Honorary President. 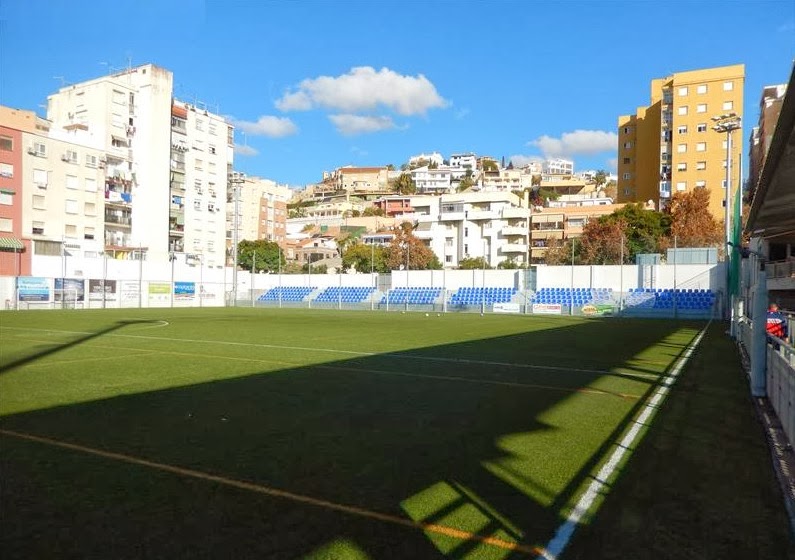 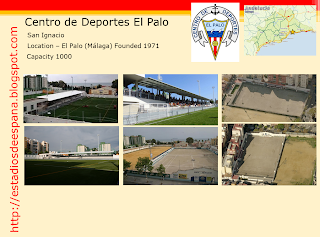