Here's a cautionary tale from one of Catalunya's footballing backwaters. The story of a small town club hitting the big time, before losing it all thanks to one man's ego. Special thanks to Liam Bambridge, who writes for the excellent In Bed With Maradona & El Centrocampista, for his great work on this article. You can follow Liam on Twitter - @agameinspain 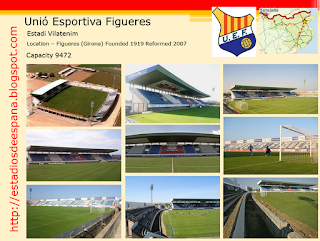