It was 16 years in the making and cost upwards of £100m, but finally on 13 June 1982 Spain got its World Cup. It had been chosen as host nation way back in 1966 and at the 1970 FIFA Congress, the RFEF agreed to play host to 24 nations instead of the standard 16. This meant that the twelfth edition would be the biggest and most expensive tournament to date, but before a ball was kicked, some doubted Spain's ability to host such a spectacular event. 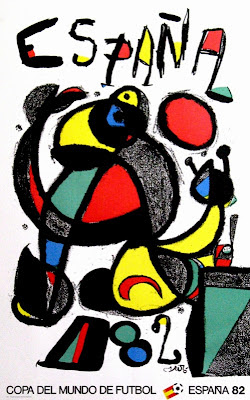 On 16 January 1982, Madrid hosted the draw for the group stages of the tournament, which has since entered folklore due to the absolute chaos that ensued. In the week leading up to the draw, France and Belgium had expressed their dissatisfaction that England had been named as one of the six seeded teams. Certainly based on their qualification form, England's selection was at best dubious, but FIFA stuck firm with its decision and England joined Italy, West Germany, Brazil, holders Argentina and the hosts Spain as seeds. Due to the presence of both Peru & Chile, FIFA decided that they should not be included in the same group as their South American rivals. So the miniature Tango footballs that contained the names of Peru and Chile were to be left out of the huge bingo-style cages until later... or so we thought. First Peru was drawn in Brazil's group, then to add to the confusion, Scotland was drawn in Argentina's group by mistake, but was then transferred to Brazil's section. Then to cap it all, one of the bingo cages jammed after a football split open. It was high farce and it left the millions watching on television wondering what was in store when the competition got under way. In fairness, FIFA had as much to do with the staging of the draw as the RFEF, and at least everybody was spared the sight of Sepp Blatter dancing.

Spain had spent over £40m on stadium redevelopment and all 17 venues, a record at the time, were in excellent condition. The RFEF ensured that España 82 was also truly inclusive, reaching out to practically every region in Spain when allocating the hosts cities. Only the citizens of Canary Islands and The Balearics, due to their location, were more than a couple of hours from a venue.  The country's two largest stadiums, the Santiago Bernabéu and the Camp Nou underwent massive refurbishments, turning already great stadiums into two of the biggest in the world. Smaller regional clubs also benefited with significant upgrades to their facilities, and whilst only one purpose-built stadium was erected from scratch, some of the architectural creations and innovations were striking.

A further £60m had been spent on organisation and infrastructure and it has to be said that, despite the concerns surrounding the possible terrorist threat presented by ETA, hooliganism and the added complication of a post-Falklands meeting of Argentina & England, Spain did an excellent job as hosts. The same cannot be said of La Selección who struggled throughout the tournament, succumbing meekly in the second round. It has to be said that with a few memorable exceptions, the general standard of the matches was at best mediocre, but when España 82 did shine, it left us with some of the most iconic memories the World Cup has witnessed. These include the competitions highest score, one of the most dramatic semi-finals ever, the tournament's first ever penalty shoot-out and probably the World Cup's greatest ever match. 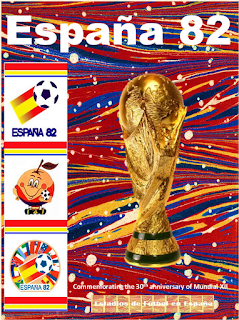 Over the next few weeks, we will bring you a nostalgic look at each venue, game and goal, so that by the end of June you will know all you every need to know about España 82.