Real Betis B can trace its lineage back to the formation of Triana Balompié in 1942, a small club from the south west suburbs of Sevilla. Although the club had in informal relationship with Betis, Triana did not become an official affiliated club until 1957. At this stage, Triana was still playing regional football, but it finally reached the Tercera in 1964. Up to this point, matches had been played in the grounds of the Escuela Salesiana, a religious college in Triana. Upon reaching the Tercera, home matches were switched to the Benito Villamarin. Triana remained in the third tier until 1972, when a change of name to Betis Deportivo Balompié coincided with a drop back to the Regional Preferente.
The stay in the regional leagues ended in 1976, but their return to the Tercera was less than impressive and relegation back to the regionals was only staved-off by the expansion of the league. On the back of this reprieve, the club began to put together a string of decent finishes, culminating in the Tercera title in 1984-85. In the play-offs, Betis overcame Telde 6-2 on aggregate and then thumped Cultural Leonesa 11-2 over two legs to win promotion. The debut in Segunda B was a bitter-sweet experience, as a 15th place finish would normally secure safety, but a reduction in the size of the league by the Federation saw the club drop back into the Tercera. The club flipped between the Tercera & Segunda B  a couple more times in the late 1980's, before settling in on a run that would see it play nine seasons in Segunda B during the 1990's.
In 1991, changes by the Spanish Federation to the set-up of reserve team football, saw  Betis Deportivo Balompié disbanded and Real Betis Balompié B set up as  a fully professional unit within Real Betis Balompié. Whilst the decade of the nineties was the club's most consistent, it never challenged for the promotion spots. A seventh placed finish in season 91-92 is Betis B's best finish to date. In 1997, club president and all round megalomaniac Manuel Ruiz de Lopera, opened  the club's new training facilities 300 metres to the south of the main stadium, and magnanimously named them the Ciudad Deportiva Ruiz de Lopera. Betis B moved in and whilst the past decade has seen a few seasons back in the Tercera, it has been mostly business as usual with a series of steady, if unspectacular finishes in Segunda B.
Following the acrimonious departure of president Ruiz de Lopera in 2010, the club's training facility was renamed Ciudad Deportiva Luis del Sol, after the club's legendary international winger, who also played for Real Madrid and a decade in Italy for Juventus & Roma. The site comprises of two full-size natural pitches and an artificial surface, whose dimensions match that of the Benito Villamarin. The main 'arena' is the most easterly of the pitches and has a full length two tiered stand on the western side, that holds 1500. An open terrace runs down the eastern side of the enclosure, taking the ground's total capacity to 5000. To the north is the  main centre that hosts the changing facilities as well as the club's medical centre, gymnasium and offices. The Ciudad Deportiva is also home to Betis' C and women's team.
Of course, the principle purpose of a Ciudad Deportiva is to create an environment where the first team can train and club's youngsters can thrive. However, too many of the modern, out of town sports cities that Spain's top clubs have developed over the past 20 years, are devoid of character. Betis deserve praise for ensuring that the main arena at the Luis del Sol is a proper football ground, and a fitting tribute to one of the club's greatest players. 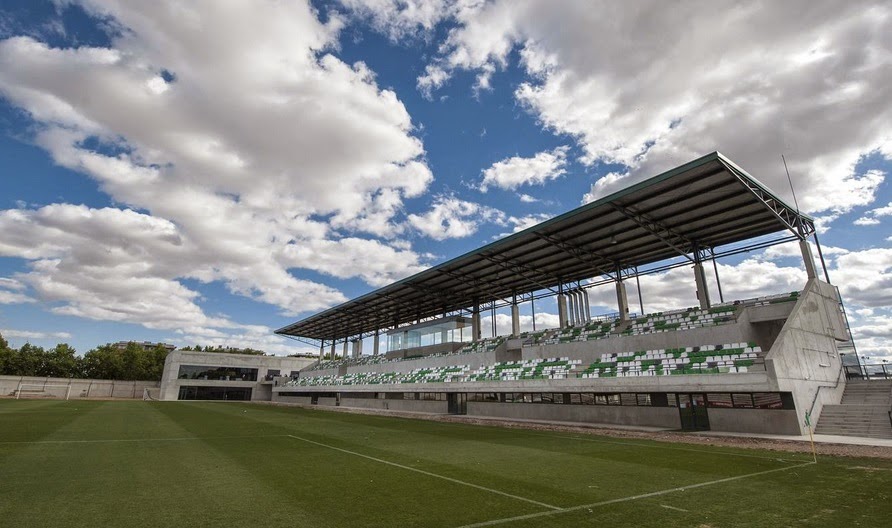 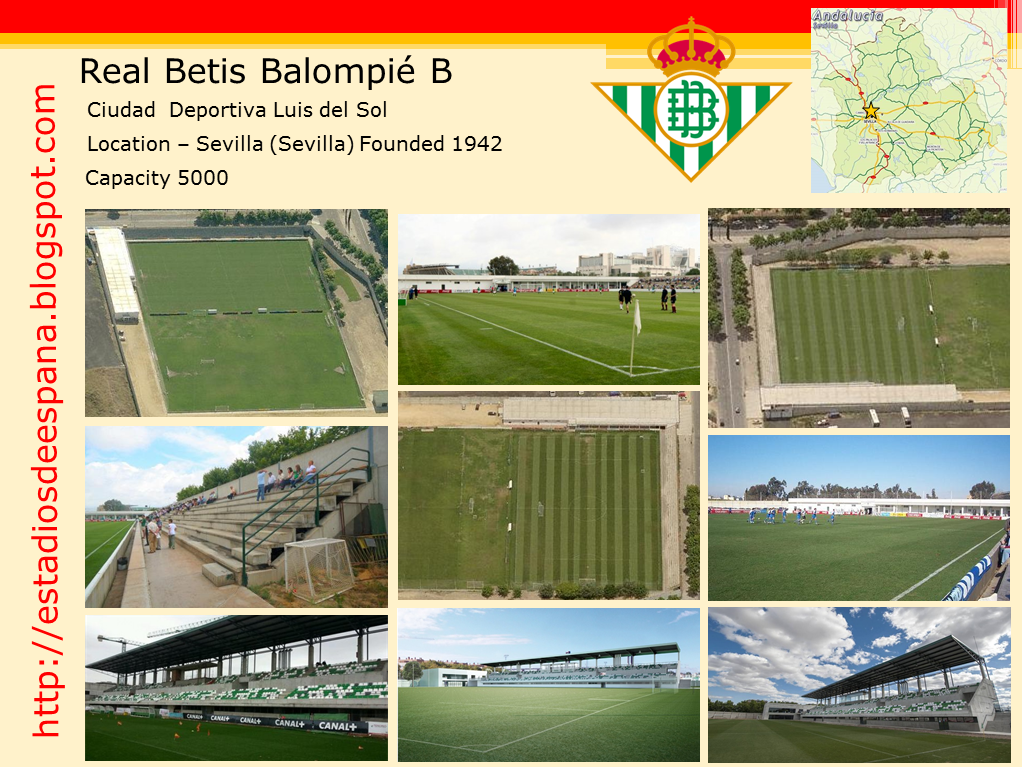