If you were ever searching for concrete proof of Spain's diverse cultural mix, then travel to Vigo on its north-western Atlantic seaboard. More working class than the showy La Coruña or saintly Santiago de Compostela, this tough industrial city is home to Europe's largest fishing port and lies just 20 miles north of Portugal. It is also home to the country's most westerly senior team whose name reflects Galicia's ancient and beloved Celtic links. This is Celta Vigo territory.


Vigo does share a cultural link when it comes to football however, for like many northern ports the sport was introduced to the city by British ex-patriots in the 1890's. Two clubs from the city dominated the early years of Galician football with either Real Vigo Sporting Club or Real Fortuna FC winning the first 16 regional championships. Whilst Real Vigo Sporting Club reached the final of the Copa del Rey in 1908, the teams struggled to make a permanent impact outside of the region. So on 10 August 1923, following an article by local journalist and sportsman Manuel de Castro, Sporting and Fortuna merged to form Real Club Celta. Home matches were held at Sporting's Campo de Coia, which was sufficiently developed to host the final of the 1922 Copa del Rey. The new club also adopted Sporting's red shirts, but these were quickly replaced in 1924 with the now familiar sky blue. 1924 also saw the purchase of a plot of land a few hundred yards to the south of the Campo de Coia, close to the Rio Lagares, where a private company aimed to build a new stadium. The club carried on at the Campo de Coia until December 1928 and saw out its stay at the old ground in style with a 13-0 rout of Deportivo La Coruña on 3 December 1928. The final match at Campo de Coia took place six days later and saw Celta beat Athletic Bilbao 2-1. 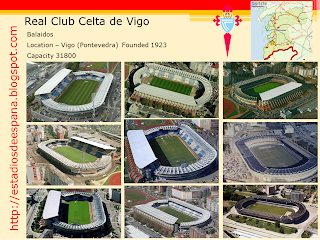 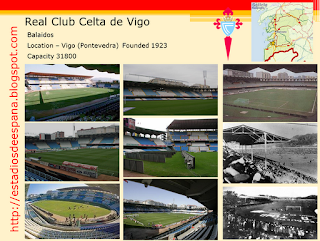