The mayhem has continued and over the past decade.  Algeciras has been relegated on three occasions, won promotion four times and also seen demotion for non-payment of debts. Back in the Segunda B, which seems to be the clubs natural level, the loyal fans of Algeciras await the next twist and turn. 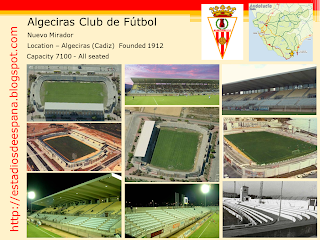