Now here is a great looking stadium that shows you that all new builds don't have to look like a branch of Halfords at your local retail park. The Estadio Nueva Balastera was the home of Club de Fútbol Palencia, but before I get too carried away about its vital statistics, let's have a look at the club and its former homes. 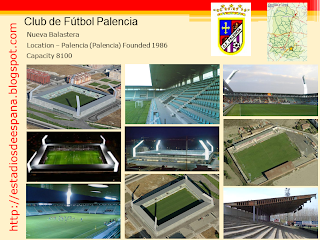