Huelva has a very special place in the history of Spanish Football. For this dusty industrial port close to the south west border with Portugal, saw the birth of the modern game in a country that now dominates the world at club and international level. Huelva may not have been the first location to experience ex-patriot muddied oafs kicking the bejesus out of a pig’s bladder, but it is where Huelva Recreation Club was founded in 1889. Thus making its direct descendants, Real Club Recreativo de Huelva, El abuelo del fútbol español or the Grandfather of Spanish Football. 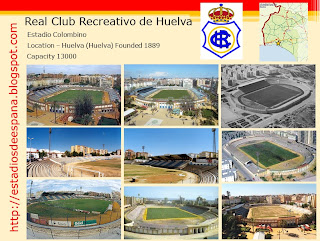