Over the years, the historic region of La Mancha has been portrayed as a barren wilderness, somewhere you pass through on the way to the south of Spain. "Not fair" I cry, for in this region and possibly Extremadura, you get a feel for how Spain used to be. It would however, with one exception, be fair to describe the region's football as a barren wilderness. That exception can be found in Albacete, the principle town in the south east of the La Mancha and in Albacete Balompie, they have by far and away the region's most successful team. 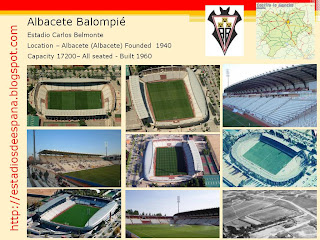