The stadium is no longer an ugly duckling and whilst it might not be quite a white swan, it is a huge improvement on the concrete municipal monstrosity that sprung up in the early 1980's. Sporting acquitted itself reasonably well on their return to the top division, with three mid-table finishes, but a long struggle during the 2011-12 season ultimately ended in relegation and Sporting and El Molinón dropped back to the second tier sooner than one had expected. Which leaves the fair folk of Gijon still as far away from that coveted first trophy as ever. Still the Sportinguistas will continue to believe. 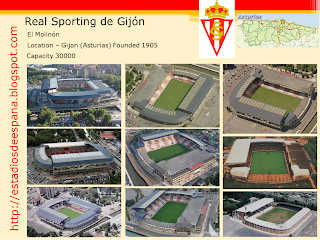 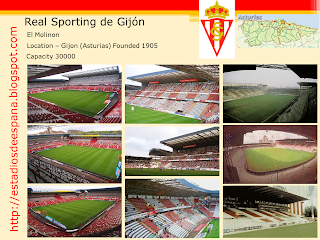