One of the unusual aspects of many European leagues is the presence of reserve teams from some of the bigger clubs playing in the lower divisions, rather than a separate competition. The Liga Segunda currently has Barcelona B in its ranks, and in recent seasons,  Málaga B, Sevilla Atlético, Villarreal B and Real Madrid Castilla have played at this level. Not wanting to be left out, Real Sociedad B have also made it to the second division, albeit 50 years ago.
Formed in 1951, success came early to what was then and is still today, essentially a youth team. After a few years in the regional leagues, the club changed its name to San Sebastian FC in 1957 and within 3 years, beat UD Figueres in the play-off final to reach the second division. They didn’t do badly either. In their first season they finished ninth, and in the following 1961-62 season, ended up fifth. However, the reserve team’s best ever season coincided with the first teams worst ever finish in the Primera and relegation. As the reserves cannot play in the same division as the first team, San Sebastian FC was relegated. 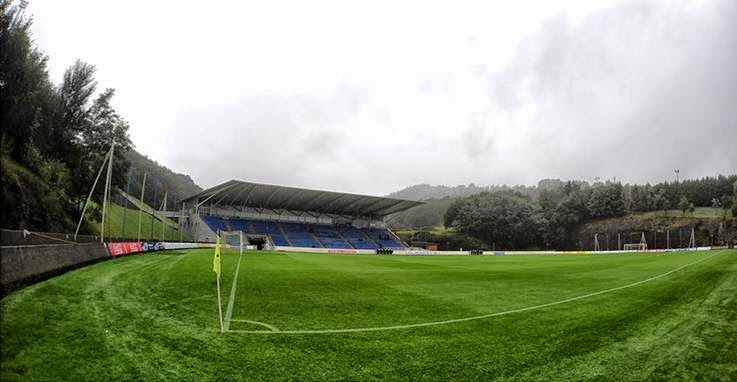 By the time of their next promotion in 1980, the league had been restructured, so instead of ascending to La Segunda they found themselves in Segunda B. And give or take a few seasons back in the Tercera that is where they have remained. The ninties saw them change their name back to Real Sociedad B and move out of town to the club’s sports complex at Zubieta.
﻿﻿﻿﻿Zubieta was opened in 1980 and over the past 30 years has grown from a couple of pitches with a wedge of a terrace stuck on the back of the changing rooms, to a first class 21st century training facility, with five full size pitches, two of which have large seated stands. Needless to say, Sociedad’s other teams play here and whilst the set up is impressive, it is still essentially reserve team football. So you’re not going to get an electric atmosphere from a partisan crowd, just the ideal surroundings for young players to grow into professional footballers. 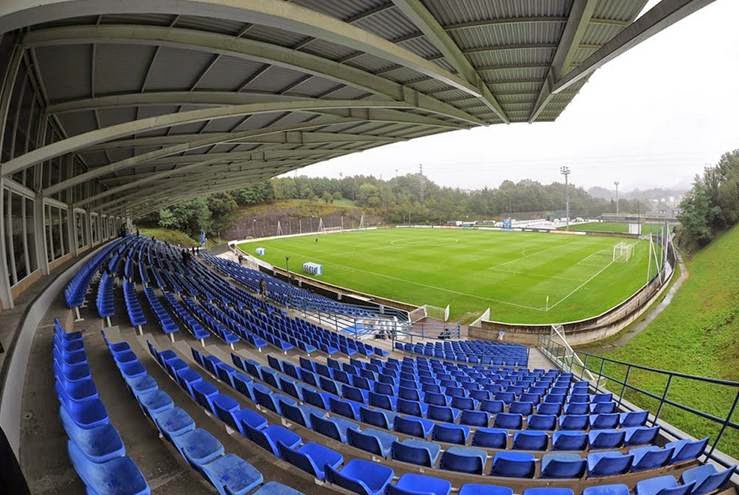 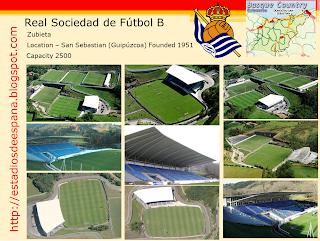